To spey or not to spey?

An ovariohysterectomy, also known as speying, is a common procedure throughout the veterinary industry. An ovariohysterectomy involves the removal of the ovaries and uterine horns to prevent reproduction. It is an invasive surgery which requires a laparotomy (surgical incision into the abdominal cavity) and a period of strict rest and supervision following the surgery. Speying is a controversial subject which has many points to consider when contemplating this procedure.

Prevention of pregnancy.  Unwanted litters put a lot of pressure on owners, as well as re-homing centres and public health where stray dogs and cats are a concern. Caring for a litter of puppies/kittens carries a lot of responsibility and expense, which should be thoroughly researched prior to birth to ensure the best care is given. The pregnancy process itself also puts a lot of pressure on the mother and can cause problems such as mastitis (inflammation of the mammary gland), metritis (inflammation of the uterus) or eclampsia (calcium deficiency). Most animals can give birth naturally, however complications during birth can occur and a caesarean operation may be necessary.

Prevention or treatment of diseases in the reproductive tract. These include tumours in the ovaries or uterus, as well as the development of an infection within the uterus (pyometra). In a pyometra, the womb becomes infected, filling with pus and can either be open (draining out from the vulva) or closed (not draining and at risk of rupturing). A pyometra if left untreated can cause kidney failure, peritonitis (inflammation of the abdominal lining) and death. Statistics show that as high as 50% of entire bitches develop this infection in later life. Surgery to remove the toxic uterus is the best possible outcome for bitches with a pyometra and prevents it from reoccurring. This surgery to treat this condition and after-care are often very intense and costly. Speying bitches prior to this potential infection ensures the female will not be at risk of a pyometra in her life time.

Prevention or treatment of tumours in the mammary gland. Entire bitches are much more likely to experience malignant mammary tumours compared to speyed females. The risk of mammary tumours is greatly reduced by speying, especially if done under the age of 4. If they occur, these tumours need to be surgically removed to increase survival chance. If the tumours are not removed, they will spread and cause further problems.

Surgical complications. These are rare due to the routine nature of the surgery. An example of this is excessive bleeding during surgery, however the risk of this is reduced by good surgical technique and speying bitches between seasons. Other complications can include wound infection or a reaction to the suture material.

Rare anaesthetic complications. Factors such as breed, age, weight and health are always considered closely before putting an animal under anaesthetic. These risks are low, with only 0.5% of healthy dogs reported to have an adverse anaesthetic event.

Obesity. Weight gain after an ovariohysterectomy is a proven factor. It is estimated that a reduction of 30% of calories is needed after surgery to reduce the risk of weight gain. Obesity in animals is a disease in itself and is very common. Obesity can cause health problems such as diabetes mellitus, joint problems and cardio-respiratory issues. Diet management is an important point which needs to be carefully considered.

In summary, there are many advantages and disadvantages to performing an ovariohysterectomy, not all factors are listed here and there are more to consider. The main points have been highlighted in this article, offering owners unbiased and informed literature to guide their decision 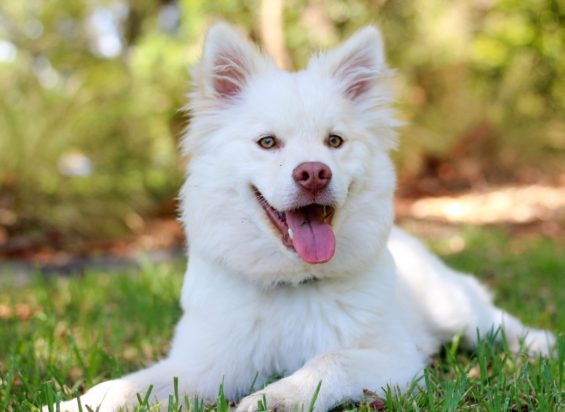